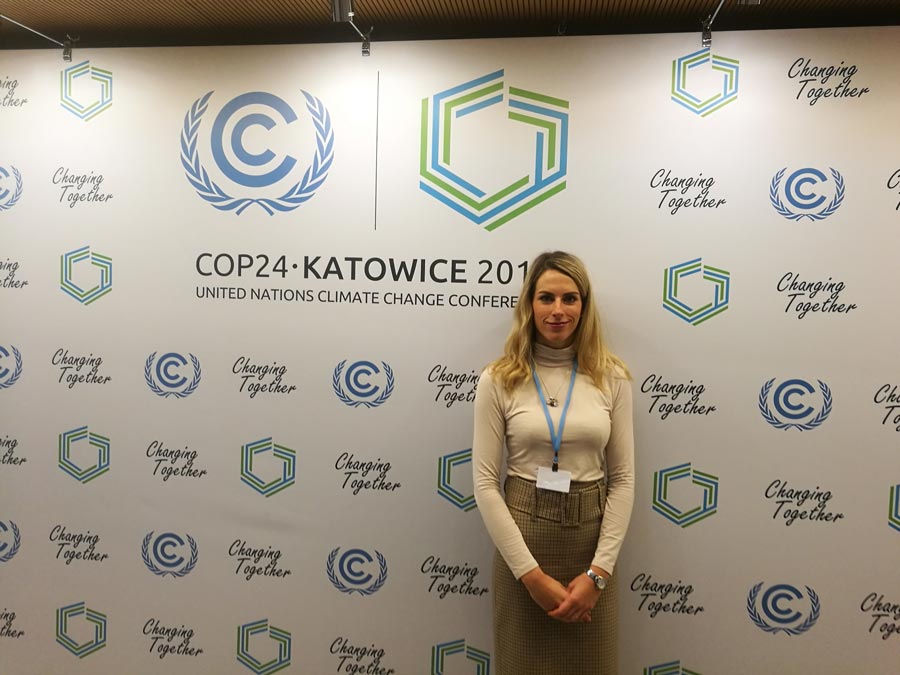 COP24 – the biggest international climate change negotiations since the 2015 Paris Agreement – formally finished last Saturday. Over 20,000 delegates from 197 countries gathered in Katowice, Poland, over the past two weeks to negotiate the rulebook for the Paris Agreement with guidelines for implementation of the climate action. Following the IPCC Special Report on global warming of 1.5 ° Celsius, all eyes were pointed at COP24 decision makers, with Sir David Attenborough taking the “people’s seat” and calling on them to prevent “the collapse of our civilisations that is on the horizon”.

However, even before it began, the conference failed to assure the public of the world leaders’ intentions to act determinedly against climate change. This year’s event took place in Poland, the country that tops the EU’s list of the biggest coal energy producers generating 80% of electricity from coal, while the host city – Katowice – is the country’s coal capital. Moreover, climate activists and delegates got a slap in the face when they learned that two Polish coal giants would sponsor the event, while Polish government openly rejected to commit to phase out coal.

The conference was a demonstration of flaws in climate diplomacy, with global leaders failing to find a common position in the multilateral field. Kuwait, Russia, Saudi Arabia, and the US – some of the world’s largest oil-producing countries – objected to “welcoming” the scientific evidence from the latest IPCC report. Australia did not speak during the at-times heated debate – a silence noted by many countries on the floor of the conference – and it was widely seen as de facto support for the refusal countries.  International climate finance was another problematic area, with some developed countries hesitating to replenish the Green Climate Fund that was supposed to raise $100 billion per year by 2020 (the total amount committed to date is at only 10% of targeted annual level).

While the messages of climate action were mixed, the interactive Talanoa dialogue showed the spirit of solidarity and communication, encouraging representatives to relax their positions and to explore new ideas for collective mitigation effort. The “We are still in” movement – including over 3,500 representatives from 50 US states – has restored global confidence in the US commitment to climate action, showing the world that there are ways to bypass politics. We have also observed positive action among multilateral organisations and private sector players. EBRD announced it would stop financing coal projects, and world-leading fashion companies spoke about their sustainability targets as an integral part of their business strategies, while private sector embraced their role in driving climate action through investment in renewable energy.

The conference had a nerve-wracking finish. Negotiations were on a brink of collapse last Friday as the US delegation was unwilling to take a lead and commit to stronger pledges to cut fossil fuels and carbon emissions, with discussion running late into the night. After two weeks of negotiation, and two days of delay, climate diplomacy has given a more detailed set of rules for the Paris Agreement. The result is a guideline that will operationalise the transparency of mitigation and adaptation measures on national levels, as well as details of financial support for those measures, especially for developing countries.

The conclusion of most panels was that the three primary drivers of climate mitigation are long-term policy framework, finance and innovation, with government policy standing on the top of the pyramid. Without climate action plans clearly defined by each country, we don’t stand a chance against climate change. Global targets were defined three years ago in Paris. We now need strong global leadership to ensure we can deliver on those pledges and show a satisfactory progress in the 2023 revision. This will require unprecedented international collaboration and a multidisciplinary approach to ensure the optimal mitigation strategy is implemented in each country. As long as there is willingness, we can make it happen.